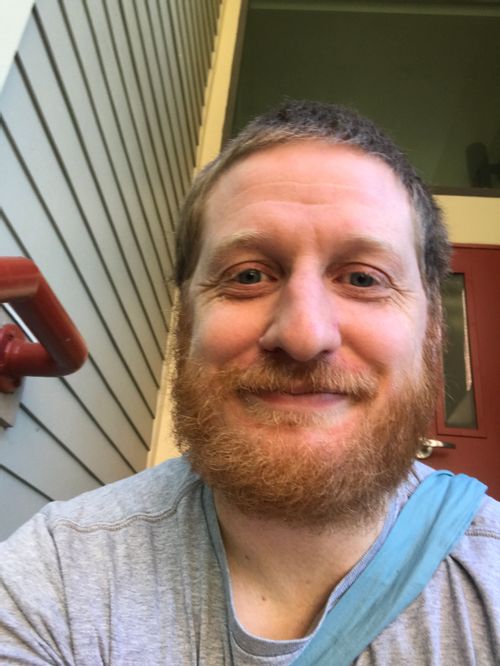 I’m going to start near the North River, cut across to Collins Cove, and maybe make it up to Winter Island.

I’m interested in flint because of the central role it played in human development. From what I understand, the main sources in this region are further north, in Vermont, New Hampshire and Maine.

There were these crumbly rocks, very brittle. 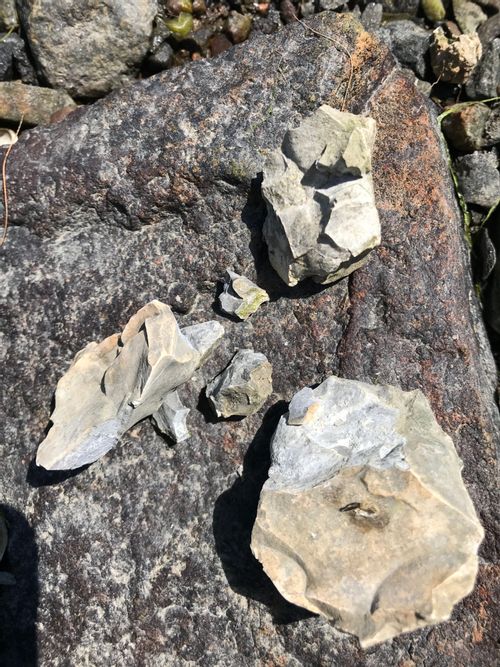 We found a little bit of a stair tread, seems like marble or granite. 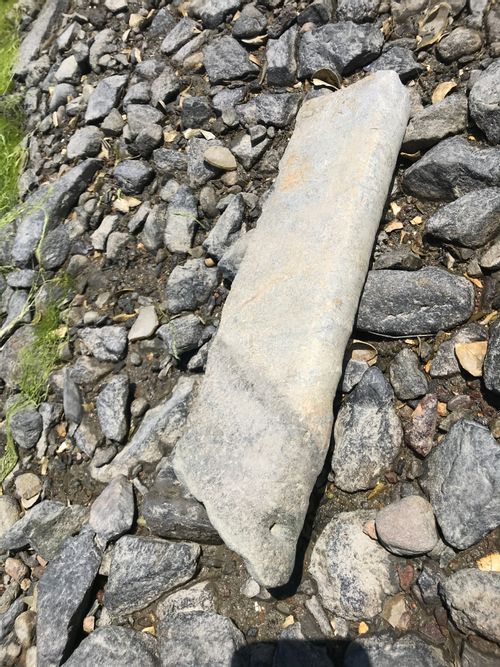 There are a few of these really vein-y granite blocks. 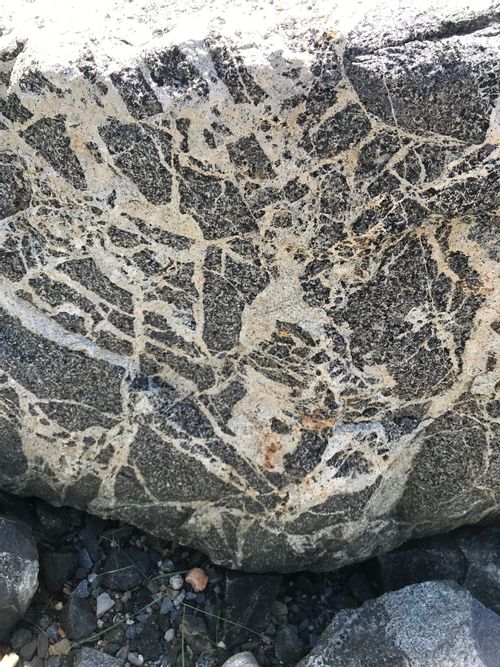 This rock had a sort of glossy surface, but when I bonked it with the hammer it just turned out to be grainy inside. 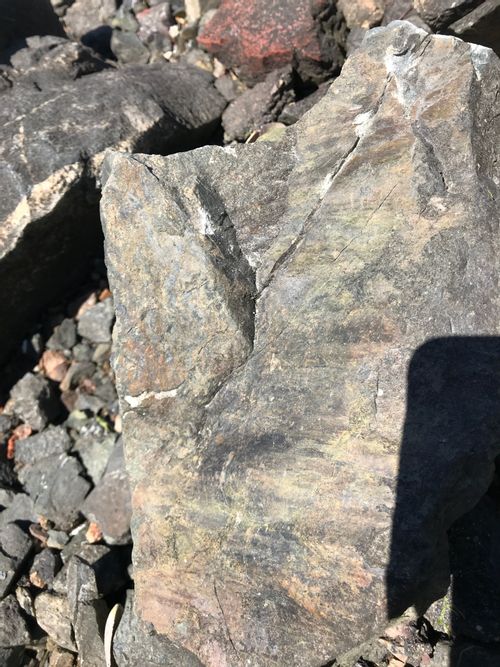 There was a lot of this (natural concrete? I forget what it’s called when they’re all smushed together). It has black mica and maybe quartz. 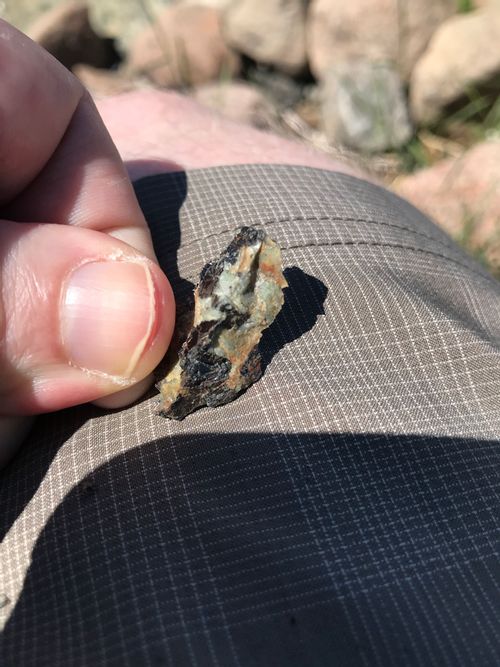 I found my way back to this boulder with a dark band between two lighter bands. 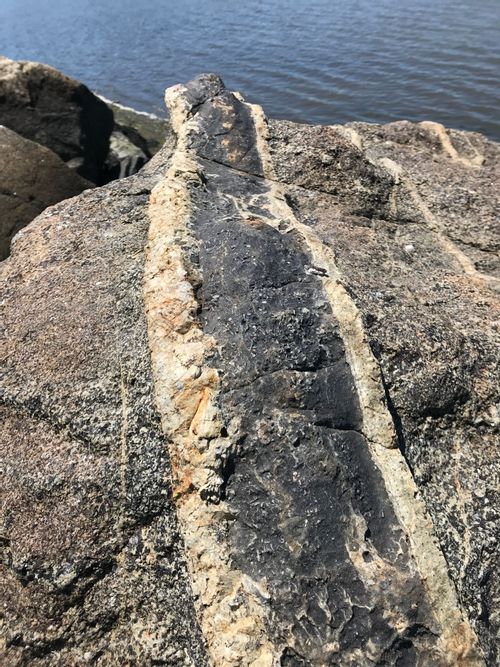 So in terms of the flint treasure hunt, not a lot of success. In terms of writing a blog post with my phone, I noticed some things I want to fix:

Previous:Mid-June Check In: Inventories
Back
Next:Some notes on rock hunting