I like going out to look for knappable rocks. Mostly I like having a goal in mind when I head out for a walk—somehow “just going for a walk” seems monotonous and unappealing to me most of the time. So I pick something not-too-important and a little rare, or something that invites observation—a particular type of stone on a rocky shore, or cheap, useful textiles from a nearby thrift store, or some kind of human or natural feature to take pictures of—and often I’m out for hours, just wandering and looking at things.

Downtown Salem, where I live, is at the neck of a small peninsula. Over the last couple of weeks I’ve made several trips to most of the public parts of the coastline, trying to find types of stone that I could use for flintknapping. Flint (or chert, which is a compositionally-similar material that occurs more in North America) is not present in the local geology of Salem. An item in Science from 1963 suggests that English flint, brought as ballast on trading ships, is present in many historical northeastern harbors, and specifically mentions the Salem shoreline near the Beverly bridge, which is where the pictures below were taken.

I do not think I found any flint[1]. However, the site does have some cobbles of a fine-grained dark grey material, speckled with white, that takes a pretty nice conchoidal (shell-shaped) fracture, making it usable for knapping. These cobbles often have a whitish cortex or a very pale white-tan patina, which originally led me to think they might be flint. I believe that they are a locally-occurring rhyolite. While the 1963 article seemed conclusive that some English flints are present on the coast, this site is mentioned only in passing, and I have to wonder whether what was found was actually this material. 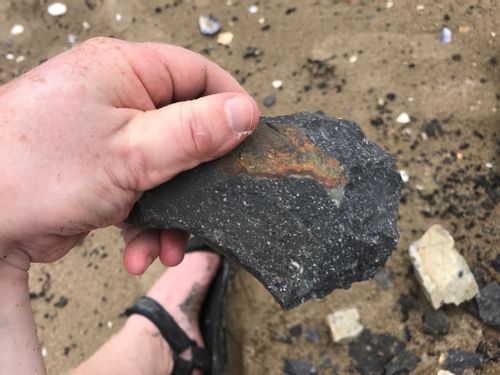 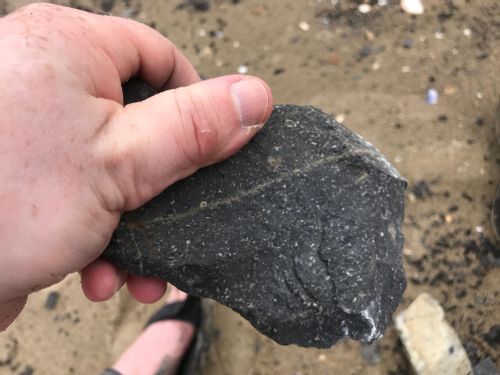 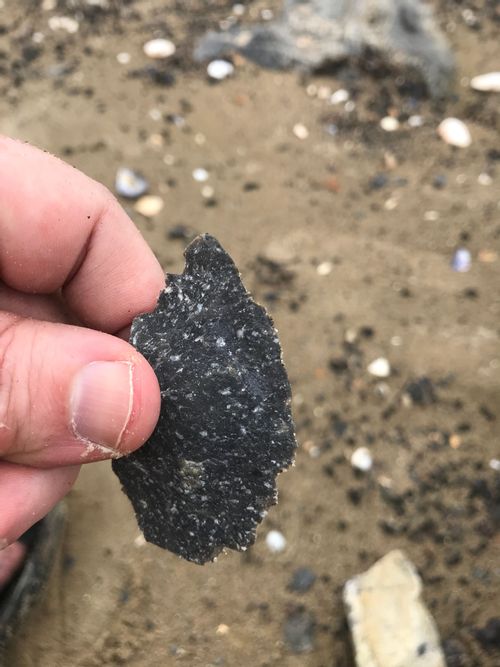 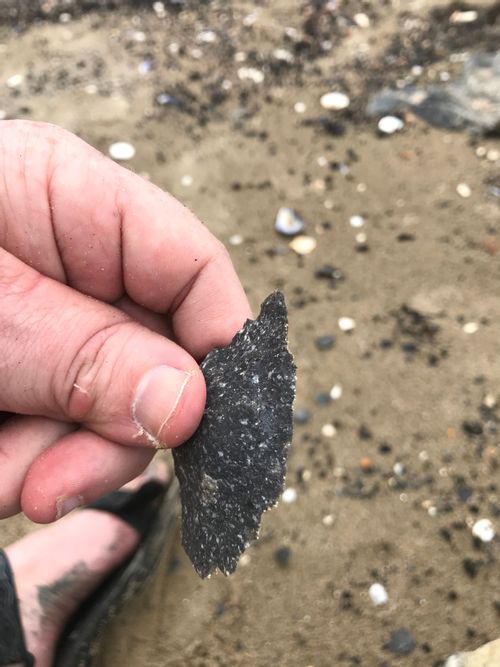 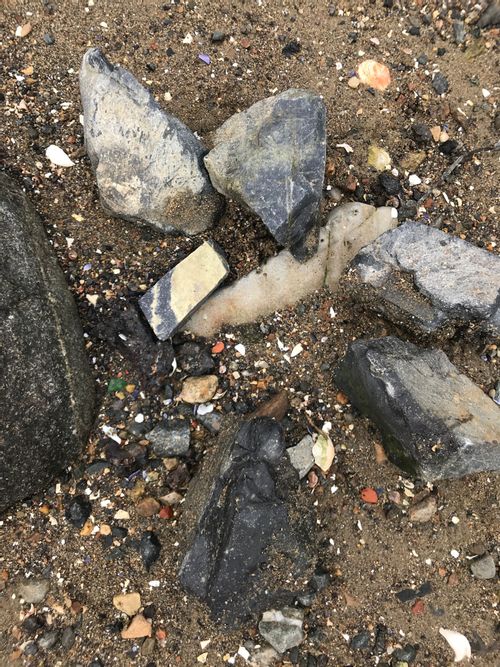 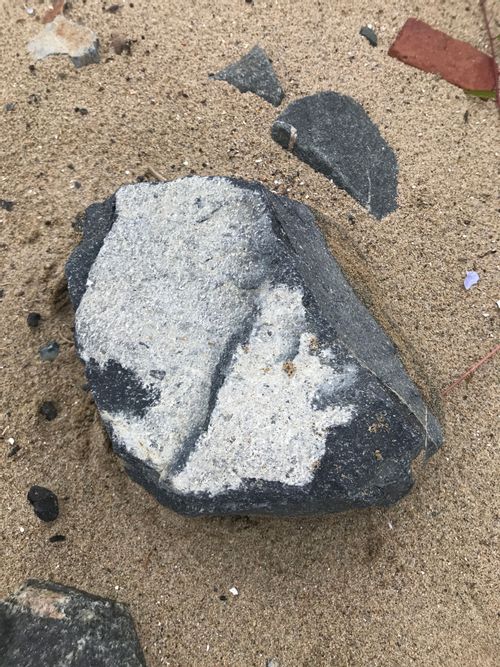 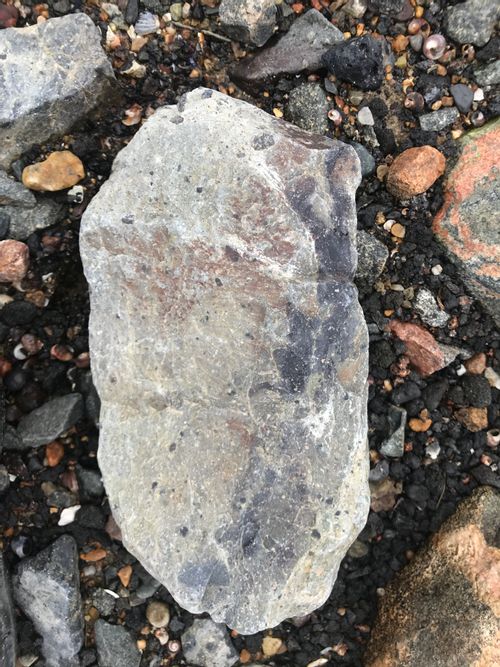 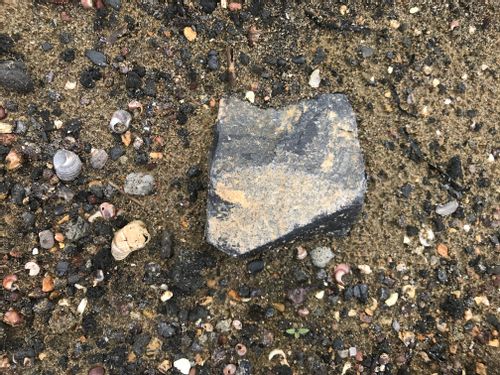 Previous:Rocks from the ocean with writing
Back
Next:Alpha Release Installation Instructions