This Is Not A Draft: The Virtue of Making Things Badly 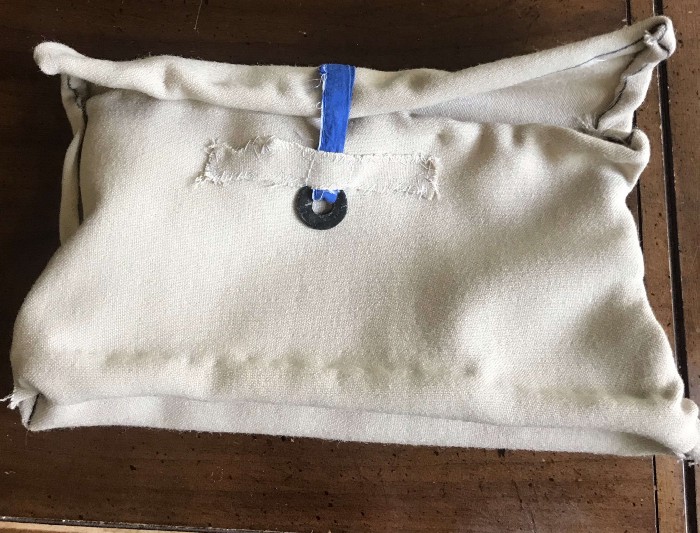 The earliest voice I know from my Dad’s side of the family is one I never actually heard, but its message seemed eerily meant exactly for me. When I was very little, my parents noticed that I wasn’t learning to move the way babies usually do. Eventually I was diagnosed with a left-hemiparesis, the most visible symptom of which is poor motor control in my left side, particularly my hand. To compensate, I had to find my own ways to do things most people don’t notice: carrying two cups using one hand and one forearm, using the directional pad on a Nintendo controller by holding the pad of my left thumb on top of it, then using my right hand to move the whole controller under my thumb to press the direction I wanted to move. Whenever my Dad saw that I’d found a new weird-but-effective way of doing a two-handed job with one and a half hands, he’d say, in the voice of my Great Grandpa Ruben (who I never knew but for whom I am named), “Ev’ryting mit te trick” — there’s a trick to everything.

While I grew up, finding the tricks became my main survival skill. Sometimes the trick was physical: learning that I could carry books wedged between my left forearm and my chin to get from class to class while leaving my right hand free to open doors. Sometimes the trick was mental; learning what ad-hoc surfaces I could safely balance a plate of food on at a barbecue, because I couldn’t hold it and eat from it at the same time. Sometimes it was psychological; deciding how much to tell the gym teacher so that they wouldn’t either single me out or get mad at me for not doing things. I had to get used to thinking in several different contexts at once: Can I do this thing easily the normal way? Is there a different way I can do this thing? What is this for? Do I need to do this thing, or is there something else that would accomplish the same goal? What response will I get if people see me choose one or another option? I learned that if a regular person said that there was a Right Way to do something, and it required two hands, then either I could accept that I would never do the thing or I could find my own way to do it and take my chances with the consequences of the Wrong Way.

This combination — of being told of impossible-for-me Right Ways to do the most basic and trifling things (why is there a Right Way to hold silverware?), and having the direct experience of so many Wrong Ways being both perfectly functional and sometimes my only way to participate in something important or meaningful or fun—left me with a dim view of any received wisdom that I had not confirmed with personal experience. This was not a mindset that I could simply turn off when it was inappropriate. I nearly failed every math class from about middle school onward, because I could not bring myself to mechanically learn and use the techniques we were taught for solving problems. It wasn’t that I could solve them in my head — I wasn’t good at that either — it was just that I couldn’t adjust to trying to learn what the teacher was teaching, rather than try to think of a faster way to do it myself. When it came to math, this was not a winning strategy.

It also, as I remember it, did not endear me to my diminutive compatriots. The Right Way is as often something a six-year-old has learned from her dad, and wants everyone to follow, as it is the Divine Right of Teachers (and later, the Divine Right of Managers). I never really got the hang of non-adversarial conversations with anyone I didn’t know very well, and that standoffishness, along with the general oddness that, I “come by honestly,” as my Dad would say, made me a fairly useless friend but occasionally a useful target of opportunity.

I haven’t entirely lost these habits of thought or manner, but I think I’m able to engage with them critically, understand when they may be appropriate, and try to choose other strategies when they are not. I also think that conversely, there are certain things that I have learned better than most, and which I’m somewhat qualified to talk about. And the main subject I’m qualified to discuss is those four words: ev’ryting mit te trick. And what I mostly want to say is: can confirm. There is indeed a trick to everything.

It’s probably hard to understand how strange it can be to try to make sense of the world when you have a disability. You are told that you can do everything that regular people can do. You can be a baseball pitcher, or a drummer. You might experience every day that it takes you three times as long as everyone else to tie your shoes, but when it comes to competitive sports or physical activities, everyone swears that there’s some kind of magic by which people who visibly appear to be just like you can succeed. You just need to work harder, think of creative ways that you can do things. In some cases you need this to be the literal truth — whether or not you can swim like normal kids, you really need to be able to keep yourself from drowning if you want to play in the pond. In other cases it seems very obvious that it can’t possibly be true at all — in a soccer throw in, the thrower must, according to the rules, “throw the ball with both hands from behind and over the head” Welp.

It soon becomes clear that there is a pattern to these things. Any time you need to get a specific result in the world, there is probably a way to do it. I can, in fact, swim. I can use tools designed for two hands, like computers or a chisel and mallet. The more time and thought I put into these things, the more I’m able to adapt myself or my resources to become good at getting the right result.

But any time the objective is not a result in the world (a ball thrown onto a soccer field) but also an arbitrary and specific rule about how to get the result (throw the ball over your head with both hands), I’m stuck. And while my classmates and teachers were always willing to make exceptions for me when I needed them, taking an exception meant that anything I achieved came with an asterisk or some other kind of retrospective argument about fairness. The physical world is remarkably consistent; it never decides that it was unfair that I rolled or kicked something rather than carrying it and makes me do it over. People are less so.

So step one in learning the trick to anything is figuring out which parts of the goal are important aspects of the physical world, and which ones are the arbitrary and unconsidered expectations of people. And I’m not talking about “unreasonable people,” or even “unkind people.” Sometimes the trick is so distasteful or counterintuitive that no one wants you to do it. The only way I can effectively carry firewood or big objects is to hold them in the crook of my left elbow. If I’m not home and don’t have long sleeves on, this usually leaves me with scrapes all along my left forearm that sting and scab up over the next week. I know that will happen. I don’t like it. But sometimes the trick is just knowing, in a way that polite people won’t let themselves know, that there are things that it’s more convenient to endure than to prevent. Sometimes getting a little hurt is easier and less permanent than othering yourself. It is one option that the physical world sometimes affords.

I meant for this to be an essay about making stuff, and clearly it’s gotten away from me. It’s honestly a surprise to find, in this third or fourth hour of thinking and writing over two days, that so much of this context feels necessary just to explain what I mean when I say there is a virtue in making things badly. But here I am.

There are so many things — things having nothing to do with function — that will make an average person say that something is bad. It is the wrong color. It looks irregular. It looks handmade. It doesn’t look handmade. It is hard to use or requires care or thought or practice to use effectively. It is too easy to use and gives previously-excluded people access to an activity or method that used to be exclusively available to craftspeople.

But goodness and badness aren’t in these attributes of things; they are in the values, expectations, and priorities of people. The ability of each person to independently judge goodness and badness is, in fact, one of the most powerful tools that our society has been trying to deny, erase, and forget.

When you exercise this ability to judge for yourself what is good and bad — and more importantly, when you try to make your judgments consistently based on principles that you believe to be always and everywhere important — and when you recognize that your judgments are always relative to your self and your situation when you make them — the things you make naturally become stronger in the ways you care about, more focused, more alive and beautiful, more flexible and adaptable as you grow. This awareness and commitment, for me, is the center of assertional making.

I had a whole notebook page of notes and references I meant to cover in this essay, and as usual I have gotten to none of them. Over the next while, I hope to go into more detail on specific techniques, situations, mindsets, and resources that I have found to be useful in my own assertional making, and which I hope may be valuable for others. As usual, I would find it exciting and useful if you would let me know what you think, ask questions, and show this work to anyone you think might be interested.